Learn our story, from the beginning and into the future.

In 1879, J.M. Posey entered the funeral service in Aiken County with the goal of providing quality, professional funeral service to those in need. Over the course of 65 years, Posey revolutionized the funeral business in Aiken County through the implementation of modern embalming techniques learned at the hands of Dr. Joseph Clark, founder of the Cincinnati College of Embalming. In addition, Posey built the first modern funeral facility which included a chapel and was the first to provide modern funeral transportation through the use of a motorized hearse and family cars. J.M.'s innovation and true love of service led to five sons working in the family firm.

In a nutshell? Experience, professionalism, compassion, and empathy.

We've learned a lot over many years. Like how to present options without overwhelming. And how to meet the needs of many caring parties. People come to us in difficult times, and we respond kindness, calmness and expertise. Our goal is to create a beautiful occasion and make you feel welcome, always. We spend our days planning with families. We stay up to date with industry developments. And we make hard times a little easier.

In 1940, Dudley Posey, J.M.'s youngest son, became a licensed funeral director and embalmer after graduating from the Cincinnati College of Embalming. Before coming to work for the family firm, Dudley worked as Day Supervisor for the prestigious Forest Lawn Mortuaries in Los Angeles, California. At Forest Lawn, Dudley gained vast experience in funeral service, overseeing as many as thirty funerals per day. In 1956 Dudley came back to Aiken County and joined his family, opening the North Augusta location. In 1963 Dudley built North Augusta 's first modern funeral facility on Georgia Avenue. The funeral home offered spacious visiting rooms for families and an on-site chapel. Dudley is still recognized as the only individual to twice serve as president of the South Carolina Funeral Directors Association. He also served on the South Carolina Funeral Service Board, which governs funeral service in the state and was a member of various community and church organizations including the Jesse C. Lynch Memorial Post #71of the American Legion.

From the earliest of years, Stephen Posey followed his father Dudley's footsteps in funeral service. As a graduate of the Cincinnati College of Mortuary Science, Stephen became a licensed funeral director and embalmer in 1970. He is a member of the National Funeral Directors Association, the South Carolina Funeral Directors Association, Georgia Funeral Directors Association, The Academy of Professional Funeral Service Practice, the British Institute of Embalmers and the Georgia Academy of Graduate Embalmers. He is a licensed funeral director and embalmer in South Carolina and Georgia. In addition, Stephen has also served as a member of the South Carolina Funeral Service Board and is currently an active volunteer in both civic and church organizations.

In 2004 Walker Posey joined the family firm as the fourth generation to enter the funeral service. Walker is a graduate of Brigham Young University and the Cincinnati College of Mortuary Science and holds degrees in both Communications and Mortuary Science. Walker grew up working in the family business and has also been involved in a number of personal business ventures outside of the funeral business.

While time does bring change to both communities and industries, it is comforting to know that the values upon which they are built remain the same. Personal service, Integrity and Innovation are the tools that J.M Posey built his business upon in 1879; today these same values still guide the Posey family as we seek to provide the finest in funeral service to those in need.

Meet our staff. Members of the local community make everything that happens possible.
Together, we make this place amazing. 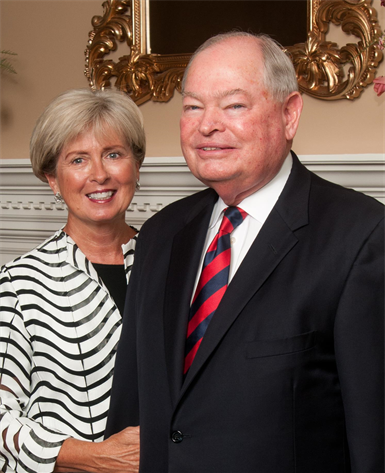 Stephen and Nancy Posey have been an integral part of the North Augusta community since the mid 1960's. As a third generation funeral director and owner, Stephen has provided the leadership which is the foundation for the care that Posey's continues to provide to families in need. Nancy Ledbetter Posey has worked, along with Stephen, to support and help those in need. Both Stephen and Nancy are active in civic, church and family activities and when not working at the funeral home you may very well see them enjoying a bike ride along the Greenway.

Stephen is a licensed funeral director and embalmer in both South Carolina and Georgia and remains an active member of NFDA, SCFDA, GFDA, the Academy of Funeral Service Practice, the British Institute of Embalmers, and is a former member of the South Carolina Board of Funeral Service. He is the 2009 recipient of the North Augusta Chamber of Commerce Small Business Person of the Year.

Nancy Posey grew up in North Augusta, the daughter of Robert and Katherine Ledbetter. She has been married to Stephen for over 40 years and is an integral part of Posey Funeral Directors. She has a love for gardening, especially roses and is an active part of the North Augusta community. Nancy loves being "Nana" to their five grandchildren. 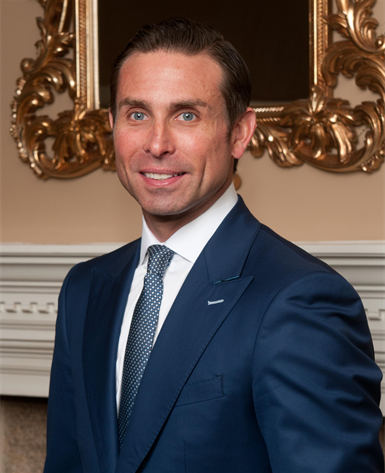 Walker Posey is a fourth generation funeral director and embalmer with a family history dating back 130 years in funeral service. Walker is a graduate of Brigham Young University and The Cincinnati College of Mortuary Science. Walker holds funeral director and embalmer licensure in South Carolina and Georgia, South Carolina pre-need funeral insurance licensure , and is a member of the Academy of Funeral Service Practitioners. He is the current vice president of the South Carolina Funeral Directors Association and is a spokesperson for the National Funeral Directors Association. In the community Walker serves on the board of The Family Y of the CSRA, North Augusta 2000 and is a member of Rotary International. 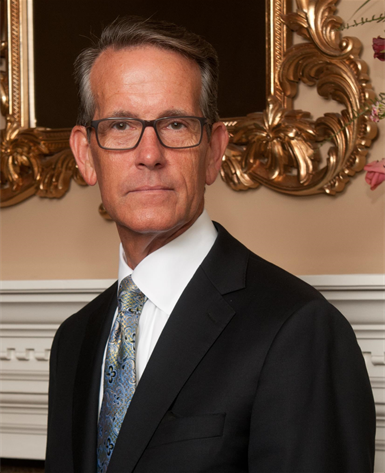 Rusty joined our firm in January 2008. A 1983 graduate of Gupton Jones College of Mortuary Science, Rusty is a licensed Funeral Director and Embalmer in both South Carolina and Georgia. He is married to Donna Anderson, an SRS/DOE employee, they have a daughter and son-in-law, Jesslyn and Zachary Pearson who live in North Augusta. Rusty and Donna have recently become grandparents to Evie Diane Pearson.
The Andersons are members of First Baptist Church of North Augusta. 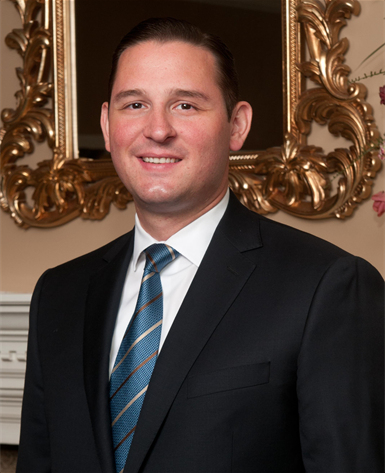 Ben joined Posey Funeral Directors in 2011 as a licensed funeral director and embalmer. Originally from Prosperity, South Carolina, he is a graduate of the Cincinnati College of Mortuary Science and has had an interest and passion for funeral service since the age of 18. He is a member of The Church of Jesus Christ of Latter-day Saints and the North Augusta Exchange Club. Ben is married to Anna Major and they have one daughter. He enjoys the outdoors, spending time with his family and being a new dad. 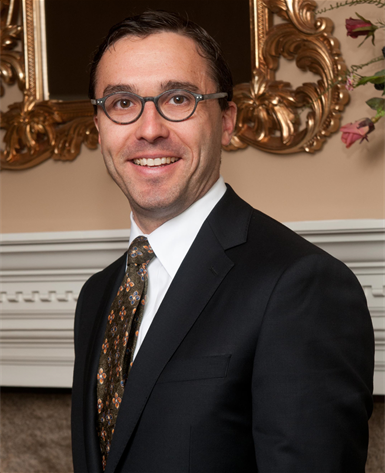 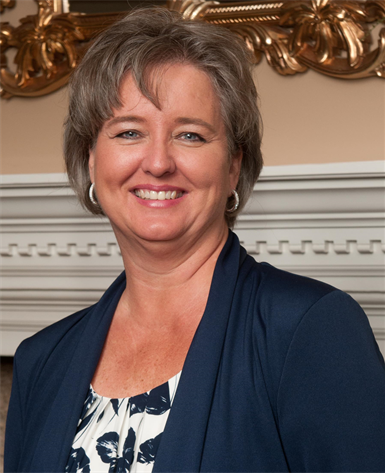 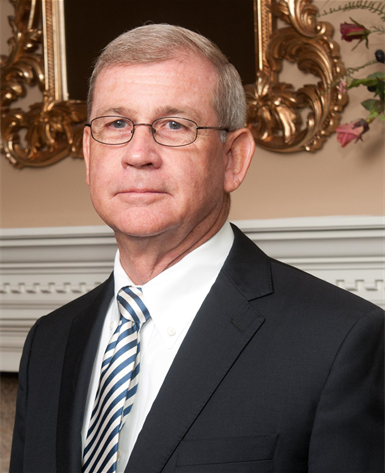 Ted joined Posey Funeral Directors in 2007, having retired from SRS as Deputy Operations Manager in Transportation. He has resided in North Augusta for 25 years. Ted and his wife Connie are the parents of Brandon Pennington. They are members of Grace United Methodist Church, where Ted serves on the Board of Stewards. 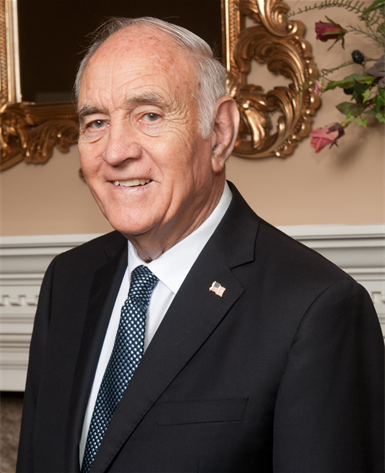 Frank McKnight has been with Posey Funeral Directors since 1999, having retired from Prudential Insurance. He and his wife Barbara, a retired teacher, are members of Curtis Baptist Church where Frank serves as a Deacon. They are the parents of 2 sons and proud grandparents of three. 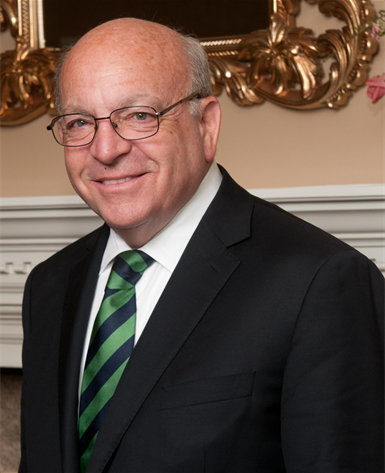 Gurney began working at Posey Funeral Directors in 2010 after retiring as Fire Chief of the Savannah River Site. He is a member of Faith Baptist Church, where he serves as a Deacon, Hopewell Masonic Lodge #127 AFM, Jackson Volunteer Fire Department, Silver Bluff Athletic Booster Club, president, and serves on the Town Council of Jackson, South Carolina, Mayor Pre Tem. Gurney is married to Kathy Wiggins and they have two children and two grandchildren. 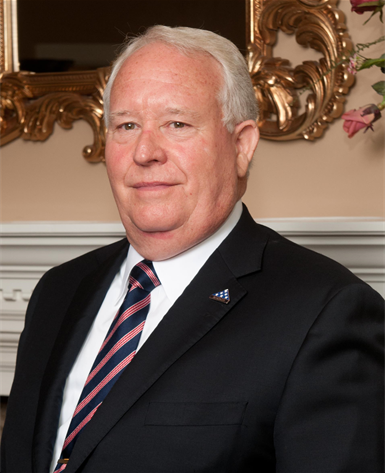 Wyman joined Posey Funeral Directors in 2013 after retiring from International Paper with 38 years of service. He is a member of First Baptist Church of North Augusta, where he attends Dr. Randy Cooper's Sunday School Class. Wyman is a patron member of the NRA and the Savannah River Rifle and Pistol Club. He is a life-long resident of the CSRA and is married to Sherry P. Dressel. They have one son and two grandchildren. 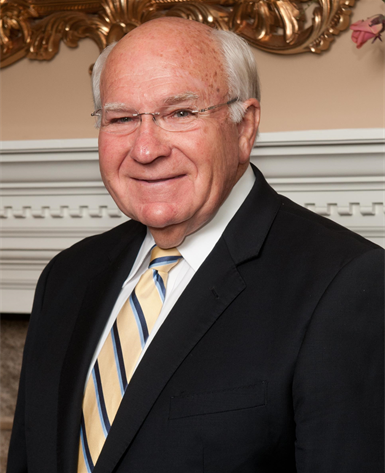 Bob came to Posey Funeral Directors in 2012 after retiring as the Director of Parks Recreation and Leisure Services for the City of North Augusta. He is a member of First Baptist Church of North Augusta, Gideons International, North Augusta Camp and currently serves on North Augusta City Council. Bob is married to Nancy T. Brooks and they have two children and two grandchildren. 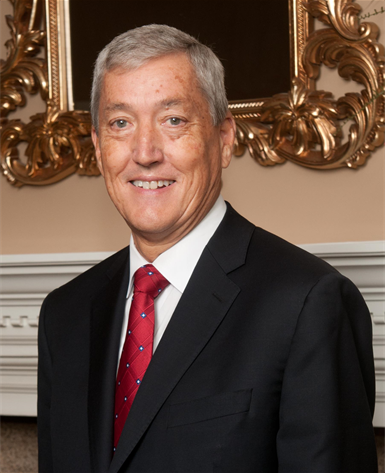 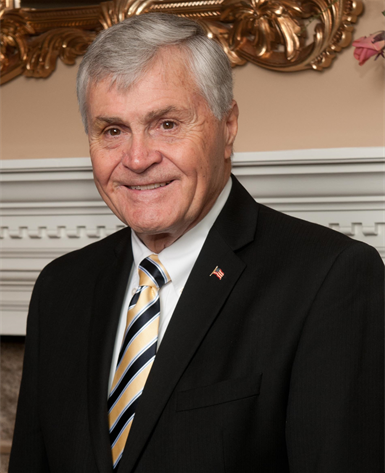 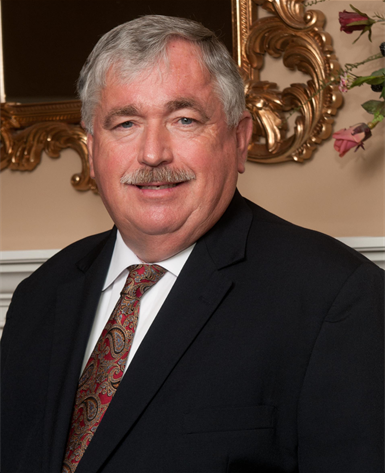 Find everything you need.

Get in touch with us.

See where we are located.