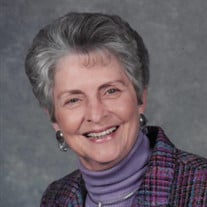 North Augusta, SC—Funeral Services for Mrs. Agnes Allgood Jennings, 92, who entered into rest July 14, 2021, will be conducted Saturday morning at 11 o’clock in the Posey Funeral Chapel with Rev. Roy Kiser officiating. Interment will be in Pineview Memorial Gardens. The family will receive friends at the funeral home one hour prior to the service. Mrs. Jennings was born in Augusta, Georgia, having made North Augusta her home for the past 59 years. She was an active member at First Baptist Church of North Augusta, Strom Fellowship, All Together Sunday School Class and the Sanctuary Choir. In her earlier years, she worked in the credit department at Sears and Roebuck and was the office manager for her son-in-law. Later in life, she worked with children at Fairview Early Childhood Center and was a greeter and receptionist at Communigraphics. Mrs. Jennings loved being with children and they enjoyed being around her. She was a dedicated Christian lady who enjoyed baking, preparing meals for her family, and working in her yard. Mrs. Jennings was preceded in death by her parents, Oliver Clark Allgood and Reba Marie Blackstone Allgood; her husband, William L. “Bill” Jennings; a son-in-law, Hal Longshore; a brother, Charles Allgood and a sister, Mary Ellen Norton. The family would like to express their appreciation to Kindred Care and to Visiting Angels for their attentive and compassionate care during Mrs. Jennings illness. Honorary Pallbearers will be members of the All Together Sunday School Class. Pallbearers will be Jay Jennings, Browning McRee, Charles Seider, Cooper Seider and Wes Ellis. Survivors include two daughters, Donna Marie Longshore and Melody McRee and her husband Dr. Browning McRee all of North Augusta, SC; one son, Jay William Jennings, and his wife Yvette Jennings of Edgefield, SC; six grandchildren, Keely (Charles) Seider, Brooks (Kimberly) Jennings, Jordan Jennings, Ansley (Adam) Boatman, Sara (Wes) Ellis and McKenzie Ray; twelve great-grandchildren; one sister, Betty Petrella, Cortland, NY; several nieces and nephews. Memorials may be made to First Baptist Church of North Augusta, 625 Georgia Avenue, North Augusta, SC 29841 or to St. Jude Children’s Research Hospital, 501 St. Jude Place, Memphis, TN 38105. Posey Funeral Directors of North Augusta is in charge of arrangements (803-278-1181). Visit the registry at www.PoseyCares.com

The family of Agnes Allgood Jennings created this Life Tributes page to make it easy to share your memories.

Send flowers to the Jennings family.