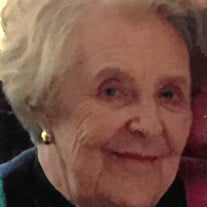 Augusta, GA—Memorial Services for Mrs. Belva Howard, 84, who entered into rest August 29, 2020, will be conducted Tuesday morning at 11 o’clock at The Church of the Good Shepherd with Reverend Robert D. Fain officiating. We encourage those attending to wear a mask and social distancing will be practiced. Mrs. Howard was born in Durham, NC and was a life-long resident of the Augusta area. She was the daughter of the late Charles Monroe Horton and Bessie Smith Horton. Mrs. Howard was a Registered Nurse and received her nursing degree from the University Hospital Barrett School of Nursing. She was a member of The Church of the Good Shepherd, enjoyed playing bridge and achieved the designation of “Life Master.” She was preceded in death by her husband, Jake Howard, Jr. Survivors include two sons, Steve (Mary) Howard and Alex Howard, both of Augusta, GA; five grandchildren, Daniel Howard, Bailey Howard, Charles Howard, Maggie Howard and Jacob Howard; one sister, Janet Holt, Augusta, GA; two nieces, Cathy (Charlie) Wall, Augusta, GA and Susan (Greg) Ford, Dahlonega, GA; and one nephew, Tracy Holt, Augusta, GA. Memorial contributions may be made to the Church of the Good Shepherd, 2230 Walton Way, Augusta, GA 30904 or to the charity of your choice. Posey Funeral Directors of North Augusta is in charge of arrangements (803-278-1181). Visit the registry at www.PoseyCares.com

Augusta, GA&#8212;Memorial Services for Mrs. Belva Howard, 84, who entered into rest August 29, 2020, will be conducted Tuesday morning at 11 o&#8217;clock at The Church of the Good Shepherd with Reverend Robert D. Fain officiating. We encourage... View Obituary & Service Information

The family of Belva Horton Howard created this Life Tributes page to make it easy to share your memories.

Send flowers to the Howard family.