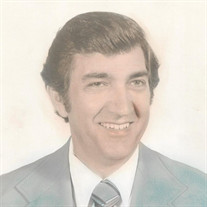 Douglas “Doug” Adkins of North Augusta went peacefully to be with the Lord at the age of 84 on Saturday, June 27, 2020, at his home after a long battle with dementia and heart failure. Doug was born in Caney Forks Community in Yancey County, North Carolina, the fourth of eight children to Ercie and Bergin Adkins. Doug loved his family and supported his mother and younger siblings following his father’s passing. He later moved the family to North Augusta where he embarked upon nearly forty years of service at SRS in the Lab and later in management. Doug was an avid golfer and member of the North Augusta Country Club for over thirty years, as well as a member of Pine Ridge Country Club and the River Club. He also enjoyed gardening, classic cars, and travel and was a skilled handy man. Doug was a member of the North Augusta SERTOMA Club and especially enjoyed the club’s Casino Nights. He was also a Christian and longtime member of First Baptist Church of North Augusta. His first love was his family, especially his grandchildren. Doug was preceded in death by his parents, six of his siblings: H.B., Clyde, Blanche, Clifton, Duff, and Warren, and his daughter Cathy (Bain) Broome. He is survived by his loving wife of 36 years Dolores “Dee” Adkins, his daughter Angie (Buster) Bentley, his step-son Steve (Cristie) Shuford, his sister Sue (Doug) Lewis, and his six beloved grandchildren: Ben Broome, Brandon Broome, Shelby Bentley, Summer Shuford, Stephanie Shuford, and Shannon Shuford, as well as numerous nieces and nephews. The family would like to extend their deepest gratitude to Doug’s caregivers for their love and support: Regina, Amy, Jessica, Jackie “JJ,” Paige, and the staff of Comfort Keepers and Regency Hospice. Doug will be remembered as a loving husband, father, and grandfather who would do anything for his family. He leaves behind a legacy of love, hard work, and the importance of “using good judgement.” Doug donated his body to the Medical College of Georgia in order to further medical innovation. Due to present circumstances, memorial arrangements will be announced at a later date. In lieu of flowers, donations can be made to Samaritan’s Purse. Posey Funeral Directors of North Augusta is assisting the family with arrangements (803)278-1181.

Douglas &#8220;Doug&#8221; Adkins of North Augusta went peacefully to be with the Lord at the age of 84 on Saturday, June 27, 2020, at his home after a long battle with dementia and heart failure. Doug was born in Caney Forks Community in Yancey... View Obituary & Service Information

The family of Douglas "Doug" Adkins created this Life Tributes page to make it easy to share your memories.

Douglas “Doug” Adkins of North Augusta went peacefully to be...

Send flowers to the Adkins family.