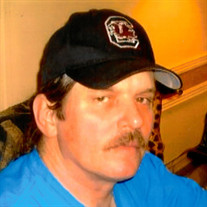 North Augusta, SC – Mr. H.W. “Bubba” Harper, 63, entered into rest August 21, 2021. The family will receive friends at Posey Funeral Directors, Thursday evening from 6 until 8 o’clock. Those in attendance are encouraged to wear a mask. Mr. Harper was a lifelong resident of North Augusta, SC and was a U.S. Navy veteran, where he served in the Naval Construction Battalion. Following his service, he continued his career in the construction trade for 30 years. Mr. Harper enjoyed the outdoors and was an avid fisherman. His greatest pastimes were listening to music, dancing and having a great time. Mr. Harper will be fondly remembered for being “one of a kind.” He was preceded in death by his parents, W.T. and Anne Harper; a brother, Billy Harper; and a sister, Susie Harper. Survivors include his lifetime partner of 26 years, Vickie Dunaway; a son, Gage (Sara) Banks; a sister, Debbie (Lee) Crenshaw, Warner Robins, GA; three grandchildren, Elizabeth, Braden and Hudson; several nieces and nephews. In lieu of flowers, memorials may be made to Alliance Hospice, 3475 Riverwatch Parkway, Suite 310, Martinez, GA 30907. Posey Funeral Directors of North Augusta is in charge of arrangements (803)278-1181.

The family of H.W. "Bubba" Harper created this Life Tributes page to make it easy to share your memories.

Send flowers to the Harper family.