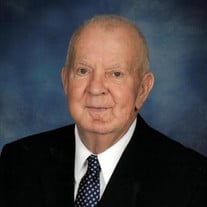 North Augusta, SC—Memorial Services for Mr. Ivey Kelly, 85, who entered into rest March 21, 2022, will be conducted Thursday afternoon at 2 o’clock in the Posey Funeral Chapel with Veteran Honors. Dr. T. Joseph Lusk officiating. The family will receive friends at the funeral home one hour prior to the service. For those who are unable to attend, the memorial service will be streamed live at http://www.poseyfuneraldirectors.com/obituaries/permalink/10416241/LTWebcast Mr. Kelly was a native of Blaney, SC, a former resident of Micro, NC, having made North Augusta his home for the past 67 years. He served in the United States National Guard and retired from Westinghouse after 40 years. Mr. Kelly was a member of Grace United Methodist Church and in his spare time, he enjoyed boating, spending time at the lake and traveling. He was preceded in death by his parents, Luther Immanual Kelly and Margie Peake Kelly; his wife, Carole Peake Kelly. Survivors include his son, Greg (Kippy) Kelly, Edgefield, SC; two grandchildren, Walker Kelly and Banks Kelly; two brothers, Larry Kelly, Elgin, SC and Earl (Dolores) Kelly, Kinston, NC; two nephews, his companion of 22 years, Judy Pierce, North Augusta, SC; Judy’s five grandchildren, whom he loved as his own, Ryan, Alana, Alyssa, Lauren and Ella; his fur baby, Zoie. Memorials may be made to the Lake Site Property, c/o Grace United Methodist Church, 639 Georgia Avenue, North Augusta, SC 29841. Posey Funeral Directors of North Augusta is in charge of arrangements (803-278-1181). Visit the registry at www.PoseyCares.com

The family of Ivey Kelly created this Life Tributes page to make it easy to share your memories.

Send flowers to the Kelly family.