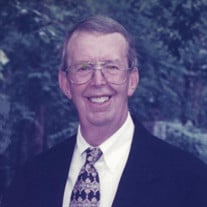 North Augusta, SC—Mr. J. Warren Allen, entered into the rest of our Lord and Savior, Jesus Christ on February 25, 2022. There will be a service in celebration of his life and homegoing on Saturday morning, March 12, 2022 at 11 o’clock at Grace United Methodist Church of North Augusta, SC. Warren was born in Hurt, Va., on March 2, 1933, to Victor H. Allen and Lilly Pearl Arthur Allen. After graduating from Gretna High School, he graduated from Elon College in Elon, NC. He began work as a pharmaceutical rep with Eton Laboratories and later retired from Proctor and Gambel Pharmaceuticals. Warren was an active member of the Sertoma Club, of North Augusta and enjoyed being chairman of Project Camp Sertoma for several years, a camp for children with speech and hearing difficulties. He was also an active member of Grace United Methodist Church where he served as an usher. He enjoyed fun and fellowship through the game of golf at West Lake Country Club where he was a member. Warren is survived by his wife of 55 years, Wilma Hamilton Allen, and his two daughters Jennifer Allen Patterson (Michael) and Miriam Allen, and his sister, Lola Allen Peake. He was predeceased by his brother, Hugh C. Allen. In lieu of flowers, memorials may be made to the Epworth Children's Home at: www.epworthchildrenshome.org/support/impact/ or to Grace United Methodist Church, 639 Georgia Avenue, North Augusta, SC 29841. Posey Funeral Directors of North Augusta is in charge of arrangements (803-278-1181). Visit the registry at www.PoseyCares.com

The family of J. Warren Allen created this Life Tributes page to make it easy to share your memories.

Send flowers to the Allen family.