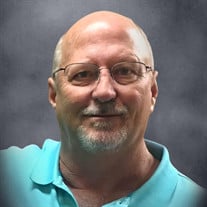 Jackson, SC – Mr. James “Jim” Hamilton Marsh, 66, entered into the presence of his Lord and Savior, Jesus Christ, while surrounded by his family, on September 18, 2021. Funeral Services will be conducted Wednesday morning at 11 o’clock in the Posey Funeral Chapel with Pastor Donald Shires officiating. Interment will follow in Jackson Memorial Park. The service will be streamed live at the following link: http://www.poseyfuneraldirectors.com/obituaries/permalink/10128866/LTWebcast. The family will receive friends at the funeral home one hour prior to the service. Those in attendance are encouraged to wear a mask. Mr. Marsh was a lifelong resident of Jackson, SC, and attended Calvary Baptist Church. He retired as a laboratory supervisor from the Savannah River Site with 33 years of service. Mr. Marsh was a hard worker and took great pride in working around his home. He was an avid outdoorsman who enjoyed hunting, fishing and shrimping. Additionally, his favorite hobbies included playing guitar and singing. Mr. Marsh was known for being a tender, kind-hearted person who was loved by all. He truly had a servant’s heart, freely giving of his time and talents to those in need. Mr. Marsh would often volunteer at the church, doing whatever was asked of him and he enjoyed coaching Dixie Youth baseball. He adored his family, especially his sweetheart, Debbie, who will fondly remember him as the kindest and best person she ever knew and the love of her life. Mr. Marsh will be greatly missed by all who knew him, especially his grandchildren, who lovingly called him “Papa.” He was preceded in death by his parents, Edgar and Jean Marsh; his brother, Edger Marsh, Jr.; and a grandson, Kaiden James Marsh. Survivors include his wife of 40 years, Debbie M. Marsh; five children, Stephanie Marsh Keller (Craig) of Greer, SC, Eric James Marsh (Hailey) of Aiken, SC, Jared Grant Marsh (Kristen), Jared G. Marsh, II, and Emilee E. Marsh, all of Jackson, SC; a brother, Russell G. Marsh (Ann) of Greer, SC; five grandchildren, Brayden J. Keller, Brooklyn J. Keller, Tatum D. Williams, Kenzliegh G. Marsh and Kaidence R. Marsh; and a sister-in-law, Ginny Marsh of Tucson, AZ. Pallbearers will be a son, Jared G. Marsh, II; a grandson, Brayden J. Keller; his brother-in-law, Joe DeMott; four great-nephews, Dalton Bodie, Jagger Bodie, Breckin Bodie and J.T. DeGennaro. In lieu of flowers, memorials may be made to Connie Maxwell Children’s Ministries, www.conniemaxwell.com Posey Funeral Directors is in charge of arrangements (803)278-1181. Visit the registry at www.POSEYCARES.com

Jackson, SC &#8211; Mr. James &#8220;Jim&#8221; Hamilton Marsh, 66, entered into the presence of his Lord and Savior, Jesus Christ, while surrounded by his family, on September 18, 2021. Funeral Services will be conducted Wednesday morning at... View Obituary & Service Information

The family of James "Jim" Hamilton Marsh created this Life Tributes page to make it easy to share your memories.

Send flowers to the Marsh family.