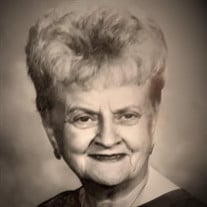 Jackson, SC—Funeral Services for Mrs. Jean Cheeley McElmurray, 86, who entered into rest October 9, 2021, will be conducted Wednesday afternoon at 2 o’clock at the First Baptist Church of Jackson with Rev. Brian Henderson officiating. The family will receive friends at the church one hour prior to the service. Interment will be in Hammond Cemetery, Beech Island, SC. For those who are unable to attend, the Funeral Service will be livestreamed on First Baptist Church of Jackson Facebook page or the YouTube Channel. Mrs. McElmurray was a native of Mitchell, GA, having made Jackson, SC her home for the past 63 years. She was a member of the First Baptist Church of Jackson and the Dorcas Sunday School Class. Mrs. McElmurray taught home economics and eighth grade earth science at Jackson High School and Silver Bluff High School for over 30 years. She had a true and abiding affection for her many students. She was an avid reader, rock enthusiast and collector and loved to watch movies and “Dancing with the Stars” in her spare time. Her love for the beach and getting a suntan was well known. Over more than 50 years she made many trips to the beach inviting family and friends to introduce them to her love of the beach. Mrs. McElmurray was a member of the Ladies Auxiliary for the Aiken County Soil Conservation District, the Red Hat Club and was a former Pink Lady Volunteer with St. Joseph Hospital. Mrs. McElmurray was preceded in death by her husband of 61 years, Thomas W. McElmurray; her parents, Charlie D. Cheeley and Mamie Clarke Cheeley and her brothers, Bane Cheeley and Kenneth Cheeley. Survivors include three daughters, Lynn McElmurray, Walterboro, SC, Donnell (Dwight) Hornsby, Edisto Island, SC, Ginger (Ben) Cunningham, Knoxville, TN; six grandchildren, Eleanor (Bobby) Skelton, Marian (Joshua) Kittrell, Aubrie (Allen) McClure, Mac (Amanda) Hornsby, Benjamin (Julie) Cunningham and Clarke Cunningham; three great-grandchildren, Anna Kate Hornsby, Thomas Skelton and Addaleigh Blair McClure; two step great grandchildren, Rylie Turner and Nate McClure. Honorary Pallbearers will be Don Ratcliffe and William Anderson. Active Pallbearers will be Ben Hardaway, Melvin Weathersbee, Grady Louis Whitlaw, PK Green, Bave Cunningham, and Joshua Kittrell. Memorials may be made to First Baptist Church of Jackson, P. O. Box 130, Jackson, SC 29831. Posey Funeral Directors of North Augusta is in charge of arrangements (803.278.1181). Visit the registry at www.PoseyCares.com

The family of Jean Cheeley McElmurray created this Life Tributes page to make it easy to share your memories.

Send flowers to the McElmurray family.