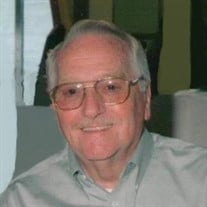 Rev. John Carl Briggs went home to be with his Lord on March 4, 2020, in Augusta, GA. He was born on Christmas Day, 1937, in Roanoke County, VA, the child of Rev. Wayne and Ovila Briggs. The family moved to various locations in Virginia and West Virginia as the elder Rev. Briggs pastored churches in those areas. He attended high school in Seth, WV and in Carroll County, VA and received his Bachelor’s degree in Christian Education with a minor in Music from Lee (College) University, Cleveland, TN in 1969. Rev. Briggs pastored churches in Glasgow, KY; Roanoke, Woodlawn, Dublin, and Spotsylvania County, VA. He served the Church of God in Virginia as a member of the State Council, the State Evangelism Board, and the State Youth Board. He served as a teacher and mentor with the State Ministerial Internship Program. After his retirement, he and his beloved wife Zona returned to the family home in Woodlawn Virginia, but he continued to serve local churches as an evangelist, elder, and fill-in pastor. In his later years, he and Zona spent winters in South Carolina near his daughter Rhonda and her family. Papa, as his grandchildren called him, loved to be out in his vegetable garden, and enjoyed the beauty of God’s creation as he had his morning devotions on his front porch daily. He especially loved being with his grandchildren, giving them rides in wagons and in his four-wheeler around the family farm. One of his personal ministries was singing – as a young man he was a member of a Gospel quartet, he sang with a men’s choir in college, and was a soloist for decades in the church. Another of his personal ministries was encouraging and mentoring young people in the ministry, taking a keen interest in their lives. Through the years, even into retirement, evangelists and minsters would continue to visit him and Zona at their home. He is survived by his wife Zona Frazier Briggs; daughter Rhonda (Ricky) Criss, North Augusta, SC and son Philip (Sabrina) of Chesapeake, OH; grandchildren Trista Briggs, South Point OH, Jacob Criss, Augusta, GA and Holly Criss, North Augusta, SC; great-grandchildren Melodie and Ella Briggs, South Point, OH; sister Florence Collins, Salem, VA; and brother Jackie(Joanne) Briggs, Waynesboro, VA; brothers-in-law, Ronald Thomas, Glade Spring, VA and Roger McGlocklin, Hillsville, VA; sisters-in-law, Myrtle Briggs, Roanoke, Dot Briggs, Glade Springs, VA and Linda Briggs, Marion, VA as well as numerous nieces and nephews. He was predeceased by his parents, Rev. Wayne and Ovila Briggs; brothers and sisters Jimmy Briggs, Ruth McGlocklin, Billy Briggs, Rev. Bobby Briggs, Russell Briggs, Darlene Thomas, and Tommy Briggs. Visitation will be Friday night March 6 from 6:00 until 8:00 at Vaughn, Guynn, and McGrady Chapel in Hillsville, VA. Viewing will be held at 10:00 am on Saturday, March 7 at Fort Chiswell Church of God with the funeral following at 11:00. A short internment prayer service will follow at the Pickett Cemetery in Austinville, VA.

Rev. John Carl Briggs went home to be with his Lord on March 4, 2020, in Augusta, GA. He was born on Christmas Day, 1937, in Roanoke County, VA, the child of Rev. Wayne and Ovila Briggs. The family moved to various locations in Virginia... View Obituary & Service Information

The family of Rev. John Carl Briggs created this Life Tributes page to make it easy to share your memories.

Rev. John Carl Briggs went home to be with his Lord on March...

Send flowers to the Briggs family.