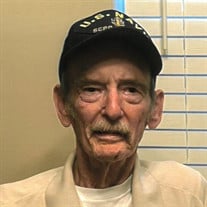 John Van Orden, II North Augusta, SC – Funeral Services for Mr. John Van Orden, II, 77, who entered into rest October 20, 2020, will be conducted Monday afternoon at 4 o’clock in the Posey Funeral Chapel. The family will receive friends at the funeral home following the service. The service will be streamed live at the following link http://www.poseyfuneraldirectors.com/obituaries/permalink/9684384/LTWebcast. Those in attendance are encouraged to wear a mask and social distancing will be practiced. Graveside Services will be conducted Tuesday afternoon at 1 o’clock in Ft. Jackson National Cemetery with Full Military Honors. Mr. Van Orden was born in Sacramento, CA and raised in Ogden UT, having made North Augusta, SC his home for the past 30 years. He graduated from Ben Lomond High School, where he was active in the R.O.T.C. program. Mr. Van Orden went on to serve in the U.S. Navy, retiring as Senior Chief with 26 years of service. He continued his career with the Savannah River Site, retiring with ten years of service and later became an independent consultant. Mr. Van Orden loved his family, especially his wife, children and grandchildren. Everything he did, was for the benefit of his family and will be fondly remembered as their hero and as a true patriot who loved his county. Mr. Van Orden was a member of The Church of Jesus Christ of Latter-day Saints, North Augusta Ward. He enjoyed baseball and was an avid Atlanta Braves fan. Mr. Van Orden was preceded in death by his grandparents who raised him, Abner and Agnes Van Orden, and a grandchild he raised as a son, Christopher Gregory Van Orden. Survivors include his wife of 59 years, Shirlene Van Orden; sons, Richard Scott (Lena) Van Orden, John Clifton (Maribel) Van Orden; daughters, Terri Lynn (Brian) Bradley, Deborah (Robert) Corley, Catherine (David) Clayton; a grandchild raised as a daughter, Brandy Lynn (David) Isenhour; a sister Joan (Bill) Conrad; 11 grandchildren; 9 great-grandchildren. In lieu of flowers, memorials may be made to the Alzheimer’s Association, 106 SRP Drive, Evans, GA 30809. Posey Funeral Directors of North Augusta is in charge of arrangements (803)278-1181. Visit the registry at www.POSEYCARES.com

The family of John Van Orden II created this Life Tributes page to make it easy to share your memories.