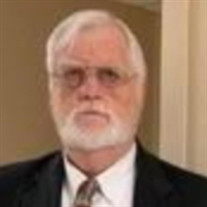 Augusta,,GA—Mr. Joseph Harrison Milford, II, 71, entered into rest Saturday, March 26, 2020. Due to the extraordinary circumstances associated with the COVID-19, a private interment will take place in Westover Memorial Park. A Memorial Service will be announced at a later date. A native to Augusta, he was a graduate of Georgia Military College, Milledgeville and in the ROTC Flight Program as 2nd Lieutenant where he obtained his pilot’s license. He continued to proudly serve as an artillery officer in the US Army and received the National Defense Service Award. He went on to earn his A.B. Degree in Public Administration at the University of Georgia. In the 1980s, Joe continued his devotion to service and country as Mayor of Moreland, Georgia. He also worked as an account executive for medical sales groups Owens & Minor and General Medical for much of his life. After his wife, Lenn’s valiant battle with cancer came to an end in 1994, Joe became a single parent to their young daughter, Jody. He credited the support of family and friends, and his faith in the Lord for his success in raising her. Joe lived his life with an adventurous and indomitable spirit. He loved golfing, camping, the Masters, and the band The Eagles but more than anything he cherished his amazing group of friends, his children, niece and beloved grandchildren. Survivors include two daughters, Taylor ‘Gwin’ (Steven) Vivian and Jody (David) Huguenel; stepson Dr. Leonard (Paige) Wells; five adored grandchildren, Pearson and Douglass Vivian, McClane Huguenel, and Dana and Molly Wells; niece, Shelby Milford-Haskett and his very beloved dog Fuzzy. He was welcomed into Heaven by his beloved wife, Lenn Bohannon Milford, his mother Bernice Holton Gwin, stepfather, Julian Gwin and brothers Robert ‘Bob’ and John ‘Jack’ Milford. In lieu of flowers, memorials may be made to the Charlie Norwood VA Medical Center at www.augusta.va.gov/giving. Posey Funeral Directors of North Augusta in charge of arrangements (803-278-1181). Visit the registry at www.PoseyCares.com

The family of Joseph Harrison Milford created this Life Tributes page to make it easy to share your memories.

Send flowers to the Milford family.