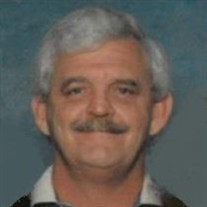 North Augusta, SC – Graveside Services for Mr. Joseph M. Muns, 71, who entered into rest September 28, 2021, will be conducted Sunday afternoon at 2 o’clock in Pineview Memorial Gardens with Dr. Roy L. Head officiating. The service will be streamed live on the Posey Funeral Directors Facebook page. The family will receive friends at the funeral home Saturday afternoon from 4 until 6 o’clock. Mr. Muns was a native of Dearing, GA, having made North Augusta, SC his home for the past 37 years. He was a member of Belvedere First Baptist Church and retired from Compressed Gases of Augusta with 45 years of service. Mr. Muns was an avid NASCAR fan and enjoying cooking and grilling at home. He will be fondly remembered for his love of family, especially his grandchildren. Mr. Muns was proceeded in death by his parents, Leonard and Heddie Muns; and two sisters, Barbara Washington and Sandra Crowe. Survivors include his wife of 42 years, JoAnne Muns; a son, Jason M. Muns (Amanda) of North Augusta, SC; a daughter, Emily Ann McKenzie of Harlem, GA; a brother, Edward Muns (Betty) of North Augusta, SC; six grandchildren, Jordan Muns, Alexis Muns, Ansley Muns, Nicholas McKenzie, Faith McKenzie and Aaron McKenzie. In lieu of flowers, memorials may be made to SPCA Albrecht Center for Animal Welfare, www.letlovelive.org Posey Funeral Directors of North Augusta is in charge of arrangements (803)279-1181.

The family of Joseph M. Muns created this Life Tributes page to make it easy to share your memories.

Send flowers to the Muns family.