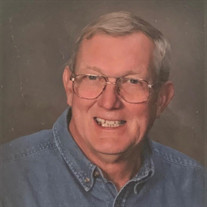 Beech Island, SC—Mr. Lawrence E. Langston, Sr., 75, entered into rest March 22, 2020. Memorial Services will be held at a later date due to the Federal Regulations concerning everyone's health and safety. Mr. Langston was a native of Beech Island, SC where he served his community as past Fire Chief for the Beech Island Fire Department and served on the Beech Island Water Department Board of Directors for over 30 years. He retired from Proctor and Gamble with 33 years of service. After retiring, he moved to Beaufort, SC to his “Lil Peace of Heaven” on Paukie Island, where he then became the self-proclaimed Mayor. He loved his family unconditionally and enjoyed fishing and spending time together on his many boats. Mr. Langston will always be remembered as being the heart and soul of his family. He was preceded in death by his parents, Julian and Myrtis Edwins Langston. Survivors include his wife of 20 years, Gloria C. Langston, his daughter, Carol (Johnny) Albion; his son, Lawrence E. (Kathy) Langston, Jr.; three grandchildren, Carrie Albion, Trey Langston and Sarah Langston; a brother, Julian (Donna) Langston, Greenville, SC; a sister, Lena Langston Hall, Fort Mill, SC; a number of nieces and nephews; two step sons, Gordon Watkins and Jeff Watkins. Memorials may be made to the Golden Harvest Food Bank, 3310 Commerce Drive, Augusta, GA 30909. Posey Funeral Directors of North Augusta is in charge of arrangements (803-278-1181). Visit the registry at www.PoseyCares.com

Beech Island, SC&#8212;Mr. Lawrence E. Langston, Sr., 75, entered into rest March 22, 2020. Memorial Services will be held at a later date due to the Federal Regulations concerning everyone's health and safety. Mr. Langston was a native of... View Obituary & Service Information

The family of Lawrence E. Langston Sr. created this Life Tributes page to make it easy to share your memories.

Send flowers to the Langston family.