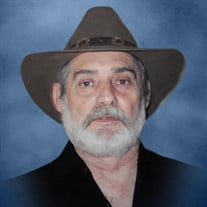 North Augusta, SC – Funeral Services for Mr. Leonard Ernest Drummond, Jr., 77, who entered into his eternal glory May 10, 2021, will be conducted Friday morning at 11 o’clock from the Posey Funeral Chapel with Rev. C.T. Townsend officiating. Interment will follow in Pineview Memorial Gardens. The family will receive friends at the funeral home one hour prior to the service. Mr. Drummond was a life-long resident of North Augusta, SC and attended North Augusta High School, where he played baseball and was known as one of the best pitchers. He was employed with the Millikin Company for many years until his medical retirement. Mr. Drummond had an uncanny love toward animals and was an avid Clemson Tigers and Atlanta Falcons fan. Music and songwriting were his true passions in life. His love for music led him to produce his own music and enjoyed helping others further their musical careers as well. Mr. Drummond was a loving father who took great pride in his son and each of his accomplishments. He was an active member of Victory Baptist Church family, where he loved the spirit of worship music and sang in the church choir with his wife and sweetheart of 34 years, Jane Marie Drummond. He was preceded in death by his daughter, Judi Lyn Drummond, his parents, Leonard Ernest Drummond, Sr. and Catherine H. Drummond. In addition to his wife, survivors include his son, Leonard Drummond, III, Columbia, SC. Pallbearers will be Stephen Ewing, Benjamin Conner, Jr., Randy Kirkland, Jr., Andrew Coursey, Jeremy Coursey and Gerald Davis, II. In lieu of flowers, memorials may be made to St. Jude Children’s Research Hospital, www.stjude.com Posey Funeral Directors of North Augusta is in charge of arrangements (803)278-1181.

The family of Leonard Ernest Drummond, Jr. created this Life Tributes page to make it easy to share your memories.

Send flowers to the Drummond family.