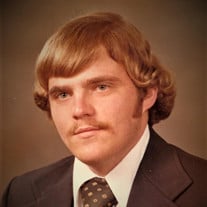 North Augusta, SC—Funeral Services for Mr. Mark Kimberly Daniel, 65, who entered into rest March 1, 2022, will be conducted Monday evening at 6 o’clock in the Posey Funeral Chapel. The family will receive friends at the funeral home one hour prior to the service. For those who are unable to attend, the service will be livestreamed at http://www.poseyfuneraldirectors.com/obituaries/permalink/10397838/LTWebcast Mr. Daniel was born in Augusta, Georgia, a lifelong resident of the North Augusta area and was the son of the late Asa Holt Daniel, Jr. and Geneva May Davis Daniel. He was a member of the First Baptist Church of North Augusta, former owner, and operator of North Augusta Tire and Auto and former member and Past President of the North Augusta Lions Club. Mr. Daniel loved life to the fullest. He was an avid race car fan and enjoyed doing anything pertaining to cars. Mr. Daniel loved to “eat out” and thought of himself as a “Food Connoisseur.” He was preceded in death by his brother, Asa Daniel, III. Survivors include his wife of 45 years, Patricia Daniel, his son and daughter-in-law, Kyle and Angela Daniel, North Augusta, SC; one daughter, Kimberly Franklin, North Augusta, SC; four grandchildren, Sutton Daniel, Adastyn Daniel, Alex Hammond and Loranzo Hammond; two great-grandchildren. Memorials may be made to the SPCA Albrecht Center for Animal Welfare at www.letlovelive.org/how-to-help/donate Posey Funeral Directors of North Augusta is in charge of arrangements (803-278-1181). Visit the registry at www.PoseyCares.com

North Augusta, SC&#8212;Funeral Services for Mr. Mark Kimberly Daniel, 65, who entered into rest March 1, 2022, will be conducted Monday evening at 6 o&#8217;clock in the Posey Funeral Chapel. The family will receive friends at the funeral... View Obituary & Service Information

The family of Mark Kimberly Daniel created this Life Tributes page to make it easy to share your memories.

Send flowers to the Daniel family.