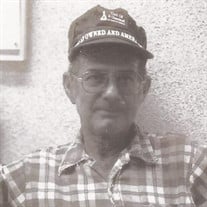 The Celebration of Life for Mr. Merlin J. DeBaere, 81, of Wrens, Georgia, who entered into rest April 22, 2022, will be conducted Thursday morning at 11 o’clock in the Fellowship Hall of the First Baptist Church of Wrens. Mr. DeBaere was a native of Gillette, Wisconsin, having made Jefferson County his home for the past 50 years. He was retired from the US Army obtaining the rank of E-7 and a Viet Nam Veteran having served with the 82nd Airbourne Division 1st Special Forces Group Green Beret. Mr. DeBaere also retired from Thermo-King Corporation. He was an avid outdoorsman and a motorcycle enthusiast. Mr. DeBaere was of the Catholic Faith. Survivors include his wife of 58 years, Rosa Lou Watkins DeBaere; a son and his wife, Howard and Dagmar DeBaere, Palm Bay, Florida; a daughter and her husband, Ivy and Mike Truitt, Grand Rapids, Michigan; eight grandchildren and seven great- grandchildren; a brother, Ronnie DeBaere, Milwaukee, Wisconsin; two sisters, Sherry Komechek, Wisconsin and Ann Frank, Anaheim, California. The family will receive friends following the Celebration of Life. Casual attire is suggested. In lieu of flowers, memorials may be made to the Disabled American Veterans, 2294 Columbia Highway, North Aiken, SC, 29805. Posey Funeral Directors of North Augusta of North Augusta in charge of arrangements.

The Celebration of Life for Mr. Merlin J. DeBaere, 81, of Wrens, Georgia, who entered into rest April 22, 2022, will be conducted Thursday morning at 11 o&#8217;clock in the Fellowship Hall of the First Baptist Church of Wrens. Mr. DeBaere... View Obituary & Service Information

The family of Merlin J. DeBaere created this Life Tributes page to make it easy to share your memories.

Send flowers to the DeBaere family.