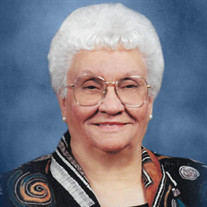 North Augusta, SC—Funeral Services for Mrs. Nina L. Benenhaley, 88, who entered into rest March 14, 2020, will be conducted Tuesday afternoon at 2 o’clock from the Sweetwater Baptist Church. Dr. Eleazer Benenhaley, Dr. Paul Noe and Dr. Skip Myers officiating. Interment in the Sweetwater Cemetery. Mrs. Benehaley was a native of Sumter, South Carolina, having made North Augusta her home for the past 39 years. She was a member of the Sweetwater Baptist Church where she served in the Nursery and Choir for 21 years. While living in Sumter she became a Christian and a member of Long Branch Baptist Church. When she met and married Eleazer she did not know he would become a preacher. They moved to Kentucky for her husband to complete his education. While there she attended Clear Creek for a short time, but decided it was more important to stay at home caring for her children. The woman described in Proverbs 31 pictures Nina. As a Pastor’s Wife, she always sustained her husband’s work and was an example of quiet leadership with devotion to her family. At Dr. Benenhaley’s retirement celebration, Dr. Skip Myers commented “Miss Nina, as she was affectionally known, if I were to pick a model for preacher’s wives, it would be you.” A deacon in Kentucky remarked, “Preacher, the way you preach, if you had a personality like your wife, you could go some place!”. Nina can be remembered as a great Christian wife, mother and friend. She was a wonderful homemaker with exceptional skills in cooking and home management. She was predeceased by a son, Clayton Benenhaley. Survivors include her loving husband of 67 years, Dr. Eleazer Benenhaley; two sons, Wilbur (Cathy) Benenhaley and Tim (Tammy) Benenhaley both of North Augusta; a daughter-in-law, Deborah Benenhaley, Langley; six grandchildren, Alexis Black, Meredith Taylor, Matthew Benenhaley, Breanna Benenhaley, Brooke Benenhaley and Blair Benenhaley; five step-grandchildren, Trevor Loehr, Jason Loehr, Ashley Loehr, Christina Loehr and Amanda Loehr; seven great grandchildren. Pallbearers will be Perry Benenhaley, David Hood, Tim Bays, Matthew Benenhaley, James Taylor and Joel Black. The family will receive friends at the Sweetwater Baptist Church this Monday evening from 5 until 7. Memorials may be made to the Building Fund of Sweetwater Baptist Church, 198 Sweetwater Road, North Augusta, SC, 29860 or another desired church. Posey Funeral Directors of North Augusta in charge of arrangements (803-278-1181). Visit the registry at www.PoseyCares.com

The family of Mrs. Nina L. Benenhaley created this Life Tributes page to make it easy to share your memories.

Send flowers to the Benenhaley family.