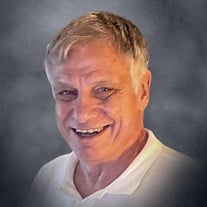 North Augusta, SC – The Memorial Mass of Christian Burial for Mr. Norman G. Girardin, 64, who entered into rest December 18, 2021, will be conducted Wednesday afternoon at 2 o’clock at Our Lady of Peace Catholic Church. Father Richard Wilson celebrant. For those unable to attend, the service will be streamed live on the Posey Funeral Directors Facebook page. Interment will follow in the church columbarium with Veteran Honors. A Vigil Service will be held at the funeral home Tuesday evening at 5 o’clock, followed by visitation until 7 o’clock, and the family will receive friends Wednesday at church following the services, with light refreshments provided. Mr. Girardin was born in Livermore Falls, ME to the late Normand and Doris Girardin. He graduated as salutatorian from Livermore Falls High School and went on to attend West Point Military Academy, graduating with a bachelors in engineering. Following his time at West Point, Mr. Girardin enlisted in the Army and was stationed in North Carolina where he met his wife, Carmen Girardin. After being deployed to the Sinai Desert, he was stationed in Rotterdam, Netherlands, where he obtained his masters degree from University of Southern California. Upon returning to the United States, Mr. Girardin, having served eight years, decided to pursue a career in the civilian sector. Mr. Girardin led a successful career as a General Manager in the solid waste industry, working and residing in Pennsylvania, where his first daughter Kelley was born; in Illinois, where is second daughter Allie was born three years later. In 1996, he made North Augusta, SC his home. Mr. Girardin developed a passion for sports early in life. He enjoyed Duke basketball, cheering on Coach K, and was an avid fan of the Boston Red Sox, the New England Patriots and Tom Brady. Mr. Girardin enjoyed the history of baseball, committing a never-ending list of baseball statistics to memory. He had a thirst for knowledge, always wanting to learn more. Mr. Girardin loved his family dearly and never met a stranger. He will be fondly remembered for enjoying weekends away with his wife and sweetheart, Carmen, happy hours, and reading Tom Clancy novels. In addition to his parents, he was preceded in death by his sister, Patty Girardin. Survivors include his wife of 38 years, Carmen Girardin; two daughters, Kelley Girardin and Allie Girardin, both of Bettendorf, IA; a brother, Robert Girardin of North Augusta, SC, and his beloved cousins in Greenwood, SC. In lieu of flowers, memorials may be made to Our Lady of Peace Catholic Church, 139 Way of Peace, North Augusta, SC 29841 or to the Jim Valvano Cancer Foundation, www.v.org Posey Funeral Directors of North Augusta is in charge of arrangements (803)278-1181.

The family of Norman G. Girardin created this Life Tributes page to make it easy to share your memories.

North Augusta, SC – The Memorial Mass of Christian Burial for...

Send flowers to the Girardin family.