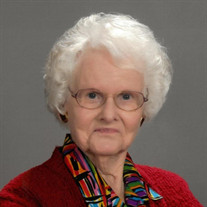 North Augusta, SC – Funeral Services for Mrs. Ola Mae McCarty Steedley, 96, who entered into rest September 26, 2021, will be conducted Thursday afternoon at 3 o’clock from Sweetwater Baptist Church. Dr. Paul W. Noe officiating. The service will be streamed live on the Sweetwater Baptist Church’s website, www.sweetwaterbc.church. Interment will follow in the church cemetery. The family will receive friends at the church one hour prior to the service. Mrs. Steedley was a native of Alma, GA, having made North Augusta, SC her home for the past 73 years. She was the wife of the late, David C. Steedley and a member of Sweetwater Baptist Church. Mrs. Steedley loved working in her yard and had a passion for gardening. She will be fondly remembered as a strong Christian woman who adored her family. In addition to her husband, she was preceded in death by three brothers, D.S. McCarty, Ernest McCarty and Lamar McCarty; four sisters, Alberta Herrin, Blanche Safley, Edith Rix and Ruthell Dyal. Survivors include a son, D. Monte Steedley (Twyla Tuten) of North Augusta, SC; a daughter, Tamara S. Cannon (Randy) of North Augusta, SC; a brother Edward McCarty (Mary Jo); two sisters, Dessie Osbon and Virginia Boatright (Floyd); and a host of grandchildren, great-grandchildren and great-great-grandchildren. In lieu of flowers, memorial donations may be made to Sweetwater Baptist Church Building Fund, 198 Sweetwater Road, North Augusta, SC 29860. Posey Funeral Directors of North Augusta is in charge of arrangements (803)278-1181. Visit the registry at www.POSEYCARES.com

The family of Ola Mae McCarty Steedley created this Life Tributes page to make it easy to share your memories.

Send flowers to the Steedley family.