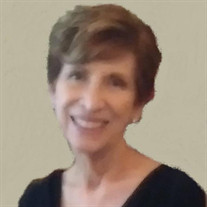 Mrs. Pat Bracy, 78, entered into rest September 5, 2021. The family will receive friends at the funeral home Thursday afternoon from 3 until 5. Mrs. Bracy was born in Pensacola, Florida to Arthur and Margaret Kershaw Olds. She married Robert “Bob” Bracy in 1963. Bob was in the Marine Corps and Pat was a dedicated military wife living in many places through the years including Japan. Mrs. Bracy made the CSRA her home for the past 37 years. She was a member of Fairview Presbyterian Church and worked as an accountant. Pat was very meticulous with her day-to-day activities and was a “clothes horse” when it came to dressing in the latest fashions. She loved her country and was very patriotic. Pat was passionate about reading and researching genealogy. She was a member of the Augusta Genealogical Society and served as treasurer for six years. Pat volunteered regularly at the library and helped others find their genealogical roots. She was a member of The National Society of the Daughters of the American Revolution where she served as Regent of the Augusta Chapter for two years. In this role, she presented medals to the local JROTC and participated in numerous veteran ceremonies recognizing the JROTC units in the Augusta area. Pat was a life member of the Plantagenet Society, Colonial Order of the Crown, The National Society of the Washington Family Descendants, Daughters of the American Colonists, National Society Colonial Dames XVII Century, United Daughters of Confederacy, George Mead Jamestowne Society, The National Society Magna Carta Dames and The Huguenot Society. Pat was preceded in death by her only son, Robert Alexander Bracy, Jr.; her parents, Arthur William Olds and Margaret Letitia Brewton Olds; a sister, Shirley “Sunny” Olds Griffin. She will always be remembered as being a loving daughter and sister, and a dedicated and loving wife and mother. Pat leaves many friends that will miss her dearly. Survivors included her husband of 58 years Lt. Col. Robert “Bob” Bracy; several nieces and nephews. Memorials may be made to the SPCA Albrecht Center for Animal Welfare at www.letlovelive.org; to Hospice Services of Georgia, 3540 Wheeler Road, Suite 110, Augusta, GA 30909; or to CSRA Just Like Family, 4434 Columbia Road, Suite 201, Augusta, GA 30907 The family would like to extend a special thank you to Hospice Services of Georgia, Sherri Stinson and Jason as well as CSRA Just Like Family, Terri, Jeraldean and Gloria. Posey Funeral Directors of North Augusta is in charge of arrangements (83.278.1181). Visit the registry at www.POSEYCARES.com

Mrs. Pat Bracy, 78, entered into rest September 5, 2021. The family will receive friends at the funeral home Thursday afternoon from 3 until 5. Mrs. Bracy was born in Pensacola, Florida to Arthur and Margaret Kershaw Olds. She married Robert... View Obituary & Service Information

The family of Pat Bracy created this Life Tributes page to make it easy to share your memories.

Send flowers to the Bracy family.