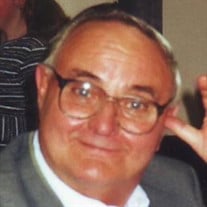 North Augusta, SC—Memorial Services for Mr. Paul F. Beaton, 87, who entered into rest January 17, 2022, will be conducted Friday afternoon, January 21, 2022, at 3 o'clock, in the Posey Funeral Chapel with The Rev. Robert M. Hartley officiating. The family will receive friends at the funeral home one hour prior to the service. Mr. Beaton was a native of Boston, Massachusetts, having made North Augusta his home for the past 46 years. He retired as a pipe fitter from the Local 725 Union. Mr. Beaton enjoyed bluegrass music and he was a friend of Bill W. He is predeceased by his wife of 50 years, Judith A. Beaton; two brothers, William Beaton and Angus Beaton; and a sister, Katherine Jeanette. Survivors include his son, John P. (Shannon) Beaton of Tulsa, Oklahoma; a daughter, Judith Ann (Keith) Goff of Graniteville, SC; five grandchildren, Rebecca Goff, Jacob Goff, Dixie (Michael) Hobby, Jesse Beaton, Noah Goff; and several great-grandchildren. In lieu of flowers, memorials may be made to the Hale House, 402 Walker Street, Augusta, GA 30901. Posey Funeral Directors of North Augusta is in charge of arrangements (803.278.1181).

The family of Paul F. Beaton created this Life Tributes page to make it easy to share your memories.

Send flowers to the Beaton family.