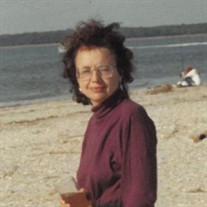 Peggy Herlong DeHart North Augusta, SC – Memorial Services for Mrs. Peggy Herlong DeHart, 86, who entered into rest March 8, 2022, will be conducted Sunday afternoon at 4 o’clock at the Lutheran Church of the Resurrection, Augusta, GA. Rev. David B. Hunter officiating. The family invites those in attendance to join them for a reception at the church following the service. Mrs. DeHart was born June 21, 1935, to the late John Forrest Herlong and Bertha Hipp Herlong. She was a native of Saluda, SC, having made North Augusta, SC her home for the past 60 years. Mrs. DeHart was a graduate of the University of South Carolina, where she received both Bachelor of Arts and Master’s degrees in music education. She retired with 40 years of service, working with Aiken and Richmond County Public Schools as a music teacher and choral director. Mrs. DeHart had a passion for music and piano and was devoted to her music students. She was an animal lover and an accomplished gardener. Mrs. DeHart’s greatest joy in life was her family and will be fondly remembered as a devoted wife, mother and grandmother. She was preceded in death by three sisters, Frances Herlong Wright, Dolly Herlong Lindler and Eudora Herlong Forrest; and a brother, John Vastine Herlong. Survivors include her husband, Ted DeHart; a daughter, Leisha DeHart-Davis and her husband, Harold Allen Davis; a son Rhett DeHart and his wife Kristen Clasen DeHart; a brother, Lowell Herlong and his wife, Bobbie Herlong; two grandchildren, Sydney DeHart Davis and Dayton Herlong Davis. Posey Funeral Directors of North Augusta is in charge of arrangement (803)278-1181. Visit the registry at www.POSEYCARES.com

The family of Peggy Herlong DeHart created this Life Tributes page to make it easy to share your memories.

Send flowers to the DeHart family.