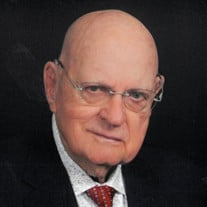 Robert Taylor Lemon, Sr., Captain U.S. Navy (Retired), of North Augusta, SC passed away on January 6, 2022. Bob was a devoted husband and a beloved father, grandfather, and friend. He will be deeply missed. Bob was born September 9, 1925 in Altheimer, Arkansas to Charles Neel Lemon and Julia Taylor Lemon. He was the third of six children. In 1930, his family moved to Little Rock, Arkansas where he spent his youth. At the start of WWII, Bob volunteered for the U.S. Navy and began active duty in March 1944. He served as an Aviation Radioman while stationed in Alameda, California and the island of Jinamoc in the Philippines. At the end of WWII, he returned to Arkansas to attend college. In 1948, he entered Navy flight training and was designated a naval aviator in May 1950. As a qualified carrier pilot, he was commissioned an Ensign and assigned to a flight squadron at NAS, Norfolk, VA. He never looked back! Bob’s naval career spanned over 33 years, seventeen as a naval aviator amassing over 10,000 pilot hours commanding twelve different model aircraft; single engine, multi-engine propeller, and jet, and included, sea, land, and carrier base. He was the commanding officer of two aircraft squadrons, was tactical commander of an antisubmarine warfare unit, and served as commanding officer of the Naval Air Facility, Azores, and Commander, US Naval Forces, Azores. His missions in anti-submarine warfare and aerial photo reconnaissance saw duty in the Atlantic, Pacific, European, Mediterranean, Caribbean, and Artic theaters of operation. He served during WWII, the Korean War, the Vietnam War, and during several Cold War conflicts. During his latter navy years, he had assignments at the Pentagon, Washington, DC, in London, England, as Staff Officer of the U.S. Naval Forces in Europe, and then finished his career at the Charleston Naval Base, Charleston, SC, retiring with the rank of Captain. Bob was a graduate of the US Naval Postgraduate School in Monterey, CA and the National War College in Washington, DC. Following retirement, Bob moved to North Augusta, SC where he met and married his wife, Margaret Pickler Lemon in 1984. They met at Grace United Methodist Church where they have remained active church members and longtime members of the Stillwell Class. In 1981, Bob began work in the private sector as a NJROTC instructor at Midland Valley High School where he taught for three years. In 1984, he joined the Northwestern Mutual Financial Network where he worked for 19 years as a financial representative. He served as president of the Augusta Chapter of life underwriters in 1991-1992 and 2001-2002. Bob had a long, fulfilling career, but his true joy came from serving others. His community service, charity, and devotion to his country was a lifelong endeavor. He became a Rotarian in 1979 and served as President of the North Augusta Rotary club, as well as, the Augusta West Rotary. He served as an adult volunteer leader in the Boy Scouts of America for over 30 years as a Cubmaster, a Scoutmaster, and in various leadership positions on the district level. He was a 32nd Degree Master Mason, and a member of the Acacia Lodge in North Augusta; as well as, a member of the Scottish Rites Temple, the Augusta Shrine Club, and the American Legion Post 71. His hobbies and passions included; travel, golf, physical fitness, home projects and gardening. Bob will be remembered by his family as a great storyteller and as a person that loved family and gatherings. We will forever cherish the laughs and endless stories he shared of his life and adventures. He loved mentoring youth and especially his grandchildren. Bob is survived by his wife, Margaret Pickler Lemon; sister, Mildred Ragsdill, Little Rock, AK; two sons, Richard Arthur Lemon, Murfreesboro, TN, and Robert Taylor Lemon II, New Orleans, LA; two daughters, Maryln Lamont Lemon, Chesapeake VA, and Leslie Ann Lemon, Hagerstown, MD. He is also survived by two stepdaughters; Jenna Smalling (Hank) of Aiken, SC, and Peggy Bowman of North Augusta, SC; and a daughter-in-law, Lynn Graham (Bill) of Cornelia, GA. He leaves behind ten grandchildren; Tricia, Asheley, Abby, Joshua, Emily, Caitlin, Lily, Sam, Jacob and Rhett and was preceded in death by one grandson, Matthew. Memorial Services will be conducted Monday morning, March 14, 2022 at 11:30 a.m. at Grace United Methodist Church in North Augusta. The family will receive friends at the church following the service. Interment will take place at Arlington National Cemetery. Memorials may be made to Grace United Methodist Church and the Boy Scouts of America. Posey Funeral Directors of North Augusta is in charge of arrangements (803)278-1181.

Robert Taylor Lemon, Sr., Captain U.S. Navy (Retired), of North Augusta, SC passed away on January 6, 2022. Bob was a devoted husband and a beloved father, grandfather, and friend. He will be deeply missed. Bob was born September 9, 1925 in... View Obituary & Service Information

Send flowers to the Lemon, family.