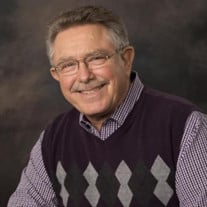 Martinez, GA—Memorial Services for Mr. Roy H. Walsh, Jr.,72, who entered into rest December 10, 2020 will be conducted Thursday, December 17, 2020 at 2 o’clock in Ft. Jackson National Cemetery with Full Military Honors. The service will be live streamed at the Posey Funeral Directors Facebook page. For those attending masks are required and social distancing will be practiced. Mr. Walsh was a native of Lenoir, North Carolina and in true military fashion lived across the world. He made Martinez, Georgia his home for the past 30 years. Mr. Walsh retired as a criminal investigator with 20 years of service in the US Army and was a veteran of the Vietnam War. Following his military career he taught school for 15 years at East Augusta Middle School. Mr. Walsh was a devoted husband, father and grandfather who most enjoyed spending time with his family. Additionally, he enjoyed painting and landscaping and was frequently known to have the best yard in the neighborhood. Mr. Walsh worked with the Augusta Historical Society to capture the stories of WWII veterans on film and that footage is now kept in the Library of Congress. He was preceded in death by his father, Roy H. Walsh, Sr. and brother, Jerry Walsh. Survivors include his wife of 53 years, Joyce Marie Walsh; a daughter, Marcia (Dr. Lloyd) Carroll, Morgantown, WV; a son, Ryan Walsh, Evans, GA; his mother, Violet Walsh, Hickory, NC; two sisters, Donna Thornburg and Cathy (James) Grant, both of Hickory, NC; two brothers, Charles (Merry Jane) Walsh, Casper, WY and Timothy Walsh, Hickory, NC; five grandchildren, Kelsey Walsh, Callie Carroll, Hunter Walsh, Jordan (Adrienne) Bratcher and Jackson Carroll; a former daughter-in-law, Amy Walsh; his loving puppy, Willie Nelson. In lieu of flowers memorials may be made to the American Red Cross at www.redcross.org Posey Funeral Directors of North Augusta is in charge of arrangements (803.278.1181). Visit the registry online at www.POSEYCARES.com

The family of Roy H. Walsh Jr. created this Life Tributes page to make it easy to share your memories.

Send flowers to the Walsh family.