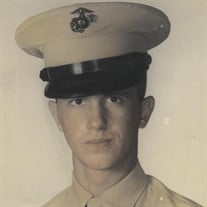 North Augusta, SC &#8211; Services for Mr. Salvatore Spinelli, 75, who entered into rest August 5, 2020 will be held at a later date. Mr. Spinelli served his country for six years in the United States Marine Corps. He medically retired from... View Obituary & Service Information

The family of Salvatore Spinelli created this Life Tributes page to make it easy to share your memories.

Send flowers to the Spinelli family.