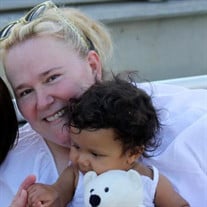 Susan Gwenn Kinnamon-Brock died on November 11, 2021 at the age of 62 at her home in North Augusta, SC. She is survived by her children Liz Kinnamon, Gracie Brock, and Jefferson Taylor Brock; her grandchildren Sophia Jackson, Leland Jackson, Raeden Jackson and Braelyn Isabella Guttery; and sisters, Kamera Hutchens and Karyn Kinnamon. She was preceded in death by her husband Jefferson Brock and her parents George and Saloma (Pat) Kinnamon. Susan was born on September 29, 1959, and grew up in Summerville and Tega Cay, SC. She met her husband, Jeff, when he worked as an engineer at a radio station where she was a DJ. Susan was a local radio personality known as Sonny or Billie Hays whose primary inspiration was the connection she formed with her listeners. She also had a lifelong passion for music, which she attributed to her mother Pat’s study of voice and her tendency to sing around the house. Susan’s discovery of her parents’ record collection at a young age, and her encounter with Ray Charles in particular, began a devotion to music collection that carried her throughout her life. When she left the radio industry, she returned to another passion of hers: the world of books. She worked at an independent bookstore on St. Simons Island, GA, where she held court with her effervescent and generous personality. She shared her favorite books on Civil Rights, history of the antebellum South, children’s books, and contemporary fiction with anyone who asked. Susan interacted with others easily, such that one might say she never knew a stranger. She taught those around her to take great care of wildlife and animals; she instilled in her children a sense of racial justice and the importance of history; and she moved with a combination of sensitivity and openness that made people feel welcomed and cared for. Friends and loved ones will gather to celebrate Susan at Village Creek Landing on Saint Simons Island, GA, on December 30, 2021 at 5pm. Donations can be made in her honor to the National Wildlife Federation, the Southern Poverty Law Center, or the Highlander Center Research and Education Center.

Susan Gwenn Kinnamon-Brock died on November 11, 2021 at the age of 62 at her home in North Augusta, SC. She is survived by her children Liz Kinnamon, Gracie Brock, and Jefferson Taylor Brock; her grandchildren Sophia Jackson, Leland Jackson,... View Obituary & Service Information

The family of Susan G. Kinnamon-Brock created this Life Tributes page to make it easy to share your memories.

Send flowers to the Kinnamon-Brock family.