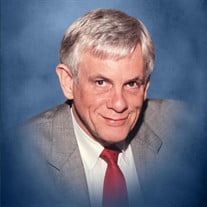 Evans, Georgia — A Celebration of Life for Mr. Ted Carroll Short, 88, who entered into rest March 23, 2021, will be held on Saturday, April 24 at 2 o'clock in the Posey Chapel. Rev. Toney R. Cross officiating. The service will be webcast on the Posey Funeral Directors Facebook page. Those in attendance are encouraged to wear a mask, and social distancing will be practiced. Mr. Short was born to the late Jackie Louise Marable and Carroll Sims on May 6, 1932, in Tampa, FL. Mr. Short spent his early years with his grandparents in Oconee County, GA; in 1938, he was adopted when his mother married the late John Alvin Short of Athens, GA. He attended public schools in Athens and received an athletic scholarship to Georgia Tech in 1949. After spending four years in the U.S. Air Force, Mr. Short graduated from the University of Georgia in 1958, having earned his degree in Journalism. Upon graduation, he worked ten years for Columbus television station WTVM. He retired after 34 years in sales with Columbus Productions, Inc. Mr. Short was active in professional, youth, and civic organizations including the Country Club of Columbus, Sertoma Club, the Valley-Dixie Senior Golf organizations, and the Kiwanis Club of Greater Columbus, where he was an active member of almost 43 years. Most recently, he was a member of the West Augusta Rotary Club, which honored him with the Paul Harris Fellow Award. Mr. Short was Presbyterian by faith. He was predeceased in death by his wife of 47 years, Penny Leigh Trombly Short. Survivors include their son, Christopher Trombly Short, Lake City, FL; two daughters, Paige Leigh Short, CA, and April J. King-McCorquodale (Berry) of Evans, GA; grandchildren, Emily and Elizabeth King; and brother, Kenneth Scott Short (Shirley) of Monroe, GA. In lieu of flowers, contributions may be made to the Columbia County Humane Society, P.O. Box 204771, Martinez, GA 30917 or to the Paws Humane Society, 4900 Milgen Road, Columbus, Georgia 31907. Posey Funeral Directors of North Augusta in charge of arrangements (803-278-1181). Visit the registry at www.PoseyCares.com

Evans, Georgia &#8212; A Celebration of Life for Mr. Ted Carroll Short, 88, who entered into rest March 23, 2021, will be held on Saturday, April 24 at 2 o'clock in the Posey Chapel. Rev. Toney R. Cross officiating. The service will be webcast... View Obituary & Service Information

The family of Ted Carroll Short created this Life Tributes page to make it easy to share your memories.

Send flowers to the Short family.