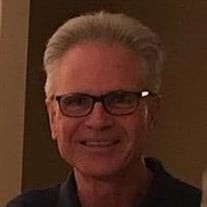 Thomas Arthur Arnedos North Augusta, SC – The Memorial Mass for Mr. Thomas Arthur Arnedos, 69, who entered into rest, October 22, 2020, will be conducted Friday afternoon at 2 o’clock at Our Lady of Peace Catholic Church with Father Richard Wilson as celebrant. Inurnment will follow in Our Lady of Peace Columbarium. Mr. Arnedos was a native of West Islip, NY, former resident of West Palm Beach, FL, and made North Augusta, SC his home for the past four years. He was a communicant of Our Lady of Peace Catholic Church. Mr. Arnedos graduated from Cortland State University in NY in 1973 with a Bachelor of Science degree in Public Health and later received his Masters degree from the University of Oklahoma in 1975. He served 34 years with the Palm Beach County Health Department, the last ten years of those years as the department’s Assistant Director and retired in 2013. Sir Knight Thomas Arnedos was a member of the global Catholic fraternal service order, Knights of Columbus, for many years. He has served as a past Grand Knight and Treasurer. An honorable man with a passion for life, he could be found either cycling on the Greenway or playing tennis. He was a loving and respectful Husband, and a loving and guiding Father. Friends were treasures to be appreciated and cared for. He was a devout Catholic, which always guided his way. Mr. Arnedos is survived by his dear wife of 46 years, Pamela Diann Arnedos; his beloved daughter, Pamela Anne Arnedos; two sisters, Ann (Roger) Castaldo and Barbara Hand and a brother, Albert (Emilia) Arnedos. In lieu of flowers, memorials may be made to Encompass Hospice, 37 Varden Way, Aiken, SC 29803. Posey Funeral Directors of North Augusta is in charge of arrangements (803)278-1181. Visit the registry at www.POSEYCARES.com

The family of Thomas Arthur Arnedos created this Life Tributes page to make it easy to share your memories.

Send flowers to the Arnedos family.