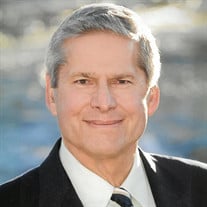 Aiken, SC – Funeral Services for Mr. Warren L. Kurtze, 78, who entered into rest March 1, 2022, will be conducted Saturday morning, March 5th, at 11 o’clock at Aiken Ward building of The Church of Jesus Christ of Latter-day Saints. The family will receive friends at the church one hour prior to the service. Interment will take place Tuesday morning, March 8th, at 11 o’clock in the Fort Riley Post Cemetery, Fort Riley, KS. Mr. Kurtze was born January 20, 1944 in Junction City, KS, to the late Warren Leonard Kurtze and Dorothy Mae Gaston Kurtze. He was a former resident of Cotopaxi, CO and Brevard, NC, having made Aiken, SC his home for the past six months. Mr. Kurtze was a U.S. Army veteran and retired from the Federal Aviation Administration with 35 years of service. During his career with the F.A.A., he was recruited by the Secret Service on a special assignment at Camp David assisting the President of the United States. He was a true patriot who was proud to serve his country. Following his retirement, Mr. Kurtze taught high school psychology for three years. He was a faithful member of The Church of Jesus Christ of Latter-day Saints and was known for having a servant’s heart. Mr. Kurtze extended his Christ-like love toward everyone he met, continually searching for ways to help others in need and always do so anonymously. One of his greatest passions was genealogy and researching his family heritage. He also, ministered to prisoners and along with his wife, served two missions for The Church of Jesus Christ of Latter-day Saints in Columbia, SC and Brevard, NC. Mr. Kurtze adored his family and enjoyed every moment he spent with them. He was married to his wife, Kay L. Kurtze, for eleven years. As an expression of his love, he gave his sweetheart flowers every month of their marriage without fail. In addition to his parents, he was preceded in death by his brother, Michael Kurtze and sister, Jodi M. Shea. Survivors include his wife, Kay L. Kurtze; a daughter, Tina (Dan) Flaherty; a son, Matthew (Kumi) Kurtze; three stepdaughters, Heather (Dan) Chambless, April (Steve) Fanning and Hillery (Gregory) Still; three grandchildren, Jake Flaherty, Danielle (Bryce) Garrell and Alan Kurtze; ten step-grandchildren, Taylor Chambless, Jacob Chambless Gracen Chambless, Caleb Chambless, Griffin Fanning, Owen Fanning, Kaylee Fanning, McKay Fanning, Logan Hutto and Reagan Still; and a sister, Kathy Annillo. Pallbearers will be Mark Day, David Johnson, Dan Chambless, Greg Still, Steve Fanning, Dan Flaherty, Jake Flaherty and Daniel Feinauer. In lieu of flowers, memorials may be made to the Tunnels to Towers Foundation, www.t2t.org Posey Funeral Directors of North Augusta is in charge of arrangements (803)278-1181.

The family of Warren L. Kurtze created this Life Tributes page to make it easy to share your memories.

Send flowers to the Kurtze family.