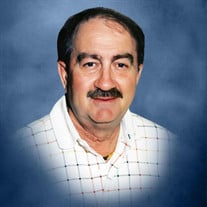 North Augusta, SC&#8212;Funeral Services and a Celebration of Life for Mr. Wendell B. Spivey, 79, who went home to be with his Lord and Savior April 22, 2022, will be conducted Monday afternoon at 2 o&#8217;clock in the Posey Funeral Chapel... View Obituary & Service Information

The family of Wendell B. Spivey created this Life Tributes page to make it easy to share your memories.

North Augusta, SC—Funeral Services and a Celebration of Life...

Send flowers to the Spivey family.