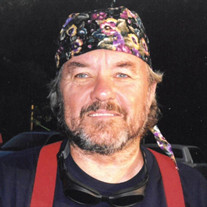 William Harlie Dalzell, Jr., of North Augusta, SC, entered into rest on August 20, 2020. Mr. Dalzell, 81, died after a long battle with Parkinson’s and dementia. He was born on January 23, 1939 in Savannah, GA and was the son of William and Mary Price Dalzell. He is survived by his wife 48 years, Delaine Dalzell; his sons and their wives: Will and Emily Dalzell of North Augusta, SC and Chris and Katie Dalzell of Bluffton, SC. He is also survived by his seven beloved grandchildren: Harlie, Emma, Campbell, Sadie, Anna Price, Liam and Kathleen Dalzell; his sister, Mayette Sims of Savannah, GA and many nieces and nephews. He was preceded in death by his parents and his brother, John Lincoln Dalzell. Bill lived a full life and enjoyed hunting, fishing, boating and when he was younger, riding his motorcycle. We will miss him but have wonderful memories of our life with him. We would like to thank Dr. Kapil Sethi and his staff at Augusta University, Movement Disorder Clinic for his guidance and care over the years. We would like to thank the staff and caregivers of Benton House Augusta for their compassion and care over the last year. A private family memorial will take place in Bluffton, SC at a later date. If you wish to make a memorial contribution, we would appreciate donations to be made to Game Changers Foundation, 175 Sweetwater Road, North Augusta, SC 29860 (www.gamechangersfoundationsc.org) or The Michael J. Fox Foundation, P.O. Box 5014, Hagerstown, MD 21741-5014. Posey Funeral Directors of North Augusta is in charge of arrangements (803)278-1181. Visit the registry at wwwPOSEYCARES.com

The family of William Harlie Dalzell, Jr. created this Life Tributes page to make it easy to share your memories.

Send flowers to the Dalzell family.