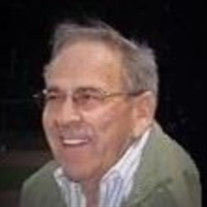 North Augusta, SC—Mr. David J. “Butch” Burdick, 79, entered into rest September 19, 2021, following an eight-month battle from complications due to Covid. Memorials Services will be held Saturday morning, October 2, 2021, at 11 o’clock in the Posey Funeral Chapel with Veteran Honors. Dr. T. Joseph Lusk officiating. The family will receive friends at the funeral home Friday evening, October 1, 2021, from 6 until 8. For those who are unable to attend, the Memorial Service will be live streamed at http://www.poseyfuneraldirectors.com/obituaries/permalink/10129879/LTWebcast Mr. Burdick was a native of Tamarack, MN, a former resident of Beech Island, SC, having made North Augusta his home for the past 53 years, He was an U. S. Army Veteran and a self-employed “Handyman”. Mr. Burdick was very appreciative to his family and friends that called upon him to do various task. He was an avid Minnesota Vikings fan, enjoyed solving Sudoku puzzles, working in his yard and observing anything that pertained to nature. He was preceded in death by his parents, Dennis LeRoy Burdick, and Doris Nedra Guitare Burdick and several brothers and sisters. Survivors include his daughter Lisa D. Burdick, North Augusta, SC; the mother of his daughter, Jackie Flowers, North Augusta, SC; three brothers, Wally Burdick, Pierz, MN, Duwayne Burdick, Wright MN and Russell (Joyce) Burdick, Tamarack, MN; two sisters, Carol Hageman and Pearl Bruggman, both of McGregor, MN; a number of nieces and nephews; his cat and companion Skeet. Memorials may be made to St. Jude Children’s Hospital at www.stjude.org or to Golden Harvest Food Bank at www.virtualdrive.goldenharvest.org Posey Funeral Directors of North Augusta is in charge of arrangements (803-278-1181). Visit the registry at www.PoseyCares.com

The family of David J. "Butch" Burdick created this Life Tributes page to make it easy to share your memories.

Send flowers to the Burdick family.