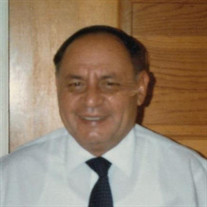 Jackson, SC – Graveside Services for Mr. James Kenneth Ellis, Jr., 90, who entered into rest October 18, 2020, will be conducted Wednesday morning at 11 o’clock in Sweetwater Baptist Church Cemetery with Rev. Brandon L. Fulmer officiating. We encourage those attending to wear a mask and social distancing will be practiced. Mr. Ellis was born in Augusta, GA on January 7, 1930 to the late James Kenneth Ellis, Sr., and Louise Matthews Ellis. He graduated from Ellenton High School, attended Clemson University, and retired as Supervisor from Fluor Daniel with 30 years of service working on various U. S. projects. He proudly served his country in the U. S. Army during the Korean War. His most important service was his work for Christ. He was baptized and was a member of First Christian Church (Disciples of Christ) for 50 years where he served as Deacon and Sunday School Teacher. In recent years, he became a member of Bethel United Methodist Church. Mr. Ellis served as Chaplain for the Baseball Chapel of America where he shared devotions with the St. Louis Cardinals Class A Savannah affiliate. Mr. Ellis was a charter member of the Jackson Volunteer Fire Department, American Legion Post #153, a former Scoutmaster of Jackson Troop 732, and the Jackson Jaycees. He served four terms as a Jackson City Councilman, serving as Police Commissioner and Mayor Pro-Tem. He worked tirelessly with sports and recreation for the town of Jackson by coaching youth baseball, maintaining town parks and organizing the first Jackson Christmas Parade. Mr. Ellis was preceded in death by a son, Stephen D. Ellis, his stepparents, Howard H. Buford, and Minnie Laurie Browning Ellis. Survivors include his wife of 61 years, Estelle Feagin Ellis; a son, Mark Ellis, Jackson, SC; a daughter, Michelle Ellis, Jackson, SC. The family will receive friends following the service. Memorials may be made to the SPCA Albrecht Center for Animal Welfare, 199 Willow Run Rd, Aiken, SC 29801 Posey Funeral Director of North Augusta is in charge of arrangements (803.278.1181). For those who are unable to attend, the service will be livestreamed on Posey Funeral Directors Facebook page. Visit the registry at www.PoseyCares.com

The family of James Kenneth Ellis Jr created this Life Tributes page to make it easy to share your memories.

Send flowers to the Ellis family.