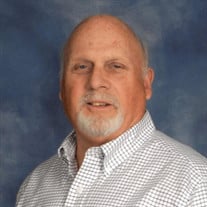 North Augusta, SC—Memorial Services for Mr. Michael F. Frederick, 74, who entered into rest September 17, 2021, will be conducted Wednesday afternoon at 2 o’clock in the First Baptist Church of North Augusta with Rev. Roy Kiser and Dr. Stephen Cutchins officiating. The family will receive friends at the church following the Memorial Service. Burial will be Thursday afternoon at 3 o’clock at Ft. Jackson National Cemetery with Veterans Honors. For those who unable to attend, both services will be live streamed on the Posey Funeral Directors Facebook page. Mr. Frederick was a born in Tampa, FL, a former resident of Salisbury, NC, having made North Augusta his home for the past 32 years. He was an active member of the First Baptist Church of North Augusta, the Sanctuary Choir, the Agape Fellowship Sunday School Class and served on the Security Team, Personnel Committee, and the BLT Committee. Mr. Frederick was formerly employed as a Police Officer with Salisbury North Carolina Police Department, later retiring as a Lieutenant for Wackenhut at Savannah River Site after 27 years of service and participated with the Mobility Impaired Hunts at SRS. He was a member of the Sportsman’s Hunting Club in Allendale, SC, the North Augusta Optimist Club, and was a veteran having served in the United States Army. Mr. Frederick enjoyed hunting, camping, working in his yard, taking care of his red Corvette and his “shadow” Boo Boo, the Yorkie. He was preceded in death by his parents, Francis Devon Frederick, and Mattie Pamelia Kirby; his daughter, Tracy Bowers; a brother, Bruce Frederick. Survivors include his wife of 44 years, Faye P. Frederick, a son, Chris (Leesa) Reynolds, Augusta, GA; three grandchildren, Ashley Elledge, Alex Smith and Randall Cliett,; four great-grandchildren; two sisters, Pam (Buck) Rutledge, Chester, VA and Sherri (Tommy) James, Easley, SC; several nieces and nephews. Honorary Pallbearers will be members of the Agape Fellowship Sunday School Class, the North Augusta Optimist Club and the Sportsman Hunting Club. Memorials may be made to the American Kidney Fund at www.kidneyfund.org Posey Funeral Directors of North Augusta is in charge of arrangements (803-278-1181). Visit the registry at www.PoseyCares.com

The family of Michael F. Frederick created this Life Tributes page to make it easy to share your memories.

Send flowers to the Frederick family.