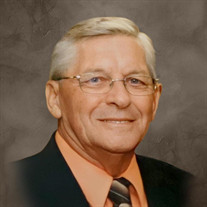 North Augusta, SC—Funeral Services for Mr. Nathan Helton Jones, 83, who entered into rest December 22, 2021, will be conducted Monday afternoon at 2 o’clock in the Posey Funeral Chapel with Rev. Alex Romanov officiating. Interment will be in Pineview Memorial Gardens. The family will receive friends at the funeral home one hour prior to the service. For those who are unable to attend, the Funeral Service will be streamed live at http://www.poseyfuneraldirectors.com/obituaries/permalink/10290910/LTWebcast Mr. Jones was a native of Greer, South Carolina, a former resident of Hickory, North Carolina, having made North Augusta his home for the past 42 years. He was a member of Clearwater First Baptist Church and was a retired District Manager from Independent Life Insurance Company. He enjoyed fishing, playing his guitar, and singing for the residents in local nursing homes. Mr. Jones will fondly be remembered as being a loving husband, father, and grandfather. The family would like to express their appreciation to Regency Hospice for the special care they provided to Mr. Jones during his illness. Mr. Jones was preceded in death by his parents, Baxter Helton Jones and Bessie Smith Jones; two brothers, Guy Jones and Morris Jones; one sister, Ruthell Haney. Survivors include his wife of 64 years, Welda H. Jones, three daughters, Pam (Robert) Turner, Tammie (Mark) Fulmer and Allison (Todd) Durrance, all of North Augusta, SC; eight grandchildren, Jason (Carly) Turner, Brooke (Sam) McGahee, Britney Bedgood, Heather (Dan) Kyle, Danielle (Wesley) Pennington, Bethaney (Alex) Nguyen, Heath (Hali) Fulmer and Blayton Durrance; fourteen great-grandchildren; his loving fur baby, Cutie Pie. Pallbearers will be Todd Durrance, Robert Turner, Mark Fulmer, Blayton Durrance, Heath Fulmer, Jason Turner and Joshua Jasmine. Memorials may be made to the Alzheimer’s Association at www.alz.org Posey Funeral Directors of North Augusta is in charge of arrangements (803-278-1181). Visit the registry at www.PoseyCares.com

The family of Nathan Helton Jones created this Life Tributes page to make it easy to share your memories.

Send flowers to the Jones family.