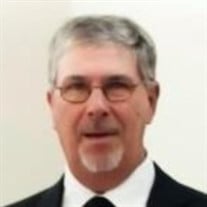 North Augusta, SC – A Visitation for Mr. Robert “Bobby” Gantt, Sr., 68, who entered into rest August 6, 2021, will be held Monday evening from 6 until 8 o’clock at Posey Funeral Directors. Mr. Gantt was a native of Aiken, SC, having made North Augusta, SC, his home for the past 38 years. He was a 1971 graduate of Aiken High School and retired from Kimberly-Clark with 42 years of service. Mr. Gantt was a sports enthusiast who lived for baseball. He enjoyed influencing young players during his lifetime of coaching baseball. Mr. Gantt coached for North Augusta High School for 18 years and while there, won a state championship in 1997. He later coached with Fox Creek High School for several years, winning a state championship in 2017. Mr. Gantt coached the Diamond Devils traveling team and help guide the North Augusta Pre-Majors to a World Series in 2005. He was also an avid Clemson football fan. Mr. Gantt will be fondly remembered for the love he had for his family, especially his grandchildren. He was preceded in death by his wife, Theresa Martin Gantt; his parents, James “Pete” and Pearl Gantt; and a brother, Andy Gantt. Survivors include four children, Rob (Lisa) Gantt of Hanahan, SC, Holli (Andy) Brown of Aiken, SC, Martin Gantt of North Augusta, SC, Lynli (Wesley) McDaniel of Warrenville, SC; four grandchildren, Chayson Gantt, Marilaine Brown, Lawson Brown, Aspyn McDaniel; a brother, Ted (Janice) Gantt of West Columbia, SC; his mother-in-law, Marilyn Martin of Toccoa, GA; his brother-in-law, Allan Martin of Cumming, GA; his stepmother, Beth Gantt of West Columbia, SC; two nephews; one niece; and Collin Liggett of Blythewood, SC, who he loved like a son. Posey Funeral Directors of North Augusta is in charge of arrangements (803)278-1181.

The family of Robert "Bobby" Gantt, Sr. created this Life Tributes page to make it easy to share your memories.

Send flowers to the Gantt family.