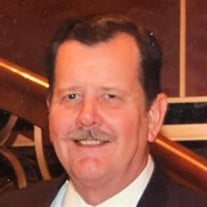 North Augusta, SC—Memorial Services for Dr. Richard K. Holt, 76, who entered into rest August 8, 2021, will be conducted Wednesday morning at 11 o’clock in the Posey Funeral Chapel with Dr. Paul Noe officiating. The family will receive friends at the funeral home, following the service. Dr. Holt was a native of Houston, TX, having made Edgefield his home for the past 45 years. He received his doctorate degree from Davidson College and Washburn College and was a Professor at the Medical College of Central Georgia, having taught Anatomy and Physiology. Dr. Holt was a member of Sweetwater Baptist Church. He enjoyed fishing, traveling, going on cruises, and raising Arabian horses. He loved gardening, growing all types of vegetation, but his passion was growing daylilies. He was preceded in death by his parents, James Elmore Holt and Louise Knowles Dickson, his brother, James Elmore Holt, Jr. Survivors include his wife of 43 years, Rose E. Holt, his son Eric T. (April) Holt, Lexington, SC; his daughter, Dr. Heather K. Holt, Gilbert, SC; four grandchildren, Hannah Holt, Ethan Holt, Zachary Culler and Sophia Amodio. Memorials may be made to the American Cancer Society at www.cancer.org or to Sweetwater Baptist Church Missions, 198 Sweetwater Road, North Augusta, SC 29860. Posey Funeral Directors of North Augusta is in charge of arrangements (803-278-1181). Visit the registry at www.PoseyCares.com

The family of Dr. Richard K. Holt created this Life Tributes page to make it easy to share your memories.

Send flowers to the Holt family.